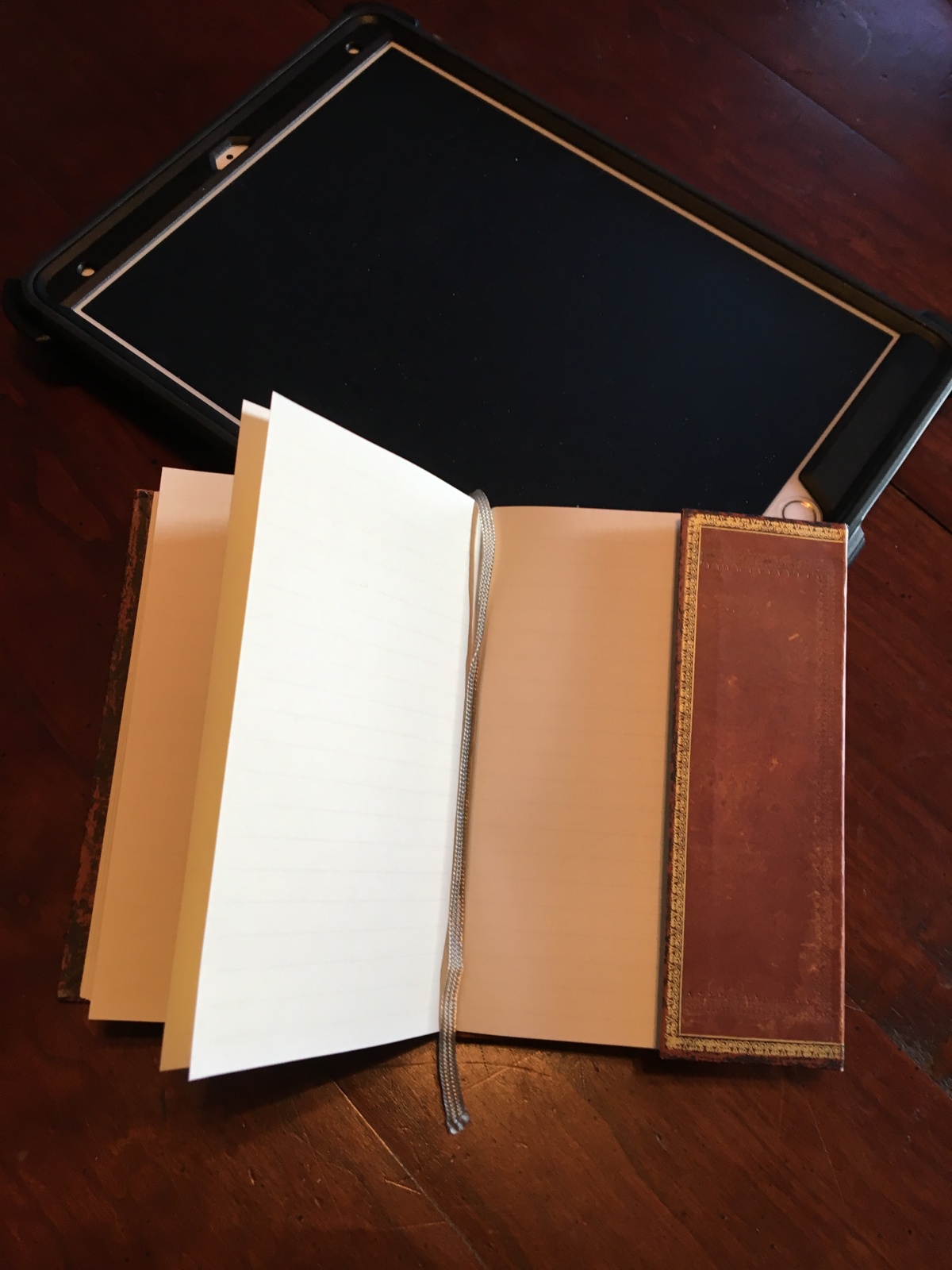 I am considering writing today about choosing between a paper-based journal versus digital options for creative writing, but the overall theme of it could be reduced to something like this: aaaaaaaarrrrrrrrgggggghhhhh (thump-thump-thump-ing sounds as I hit my head against the wall).

As you inch nervously to the door, let me explain. I love paper-based the most. I have only recently learned of the whole bujo trend (which means, almost disappointingly, bullet journal), and I love the idea of a journal filled with calendar entries, to-do lists, journal reflections, and doodles galore. And I absolutely believe, with a conviction that no amount of scientific evidence could dissuade, that I tap into more creativity when I write on paper than on a digital device.

So why don’t I? I have several half-filled journals that were gifted to me at one point or another, or on sale so that meant I had to buy it.

Well, first, there’s the challenge that if I write something on paper to put it into use later, I will eventually have to type it up or translate it into another form, whether it’s a blog entry, idea for a story, novel scene, or action item for work or home.

You: So you’re lazy?

Me: Yes, I think that’s part of it. Even though paper-based boosts my creativity, I am impatient to cut out the middle steps and start in a form that is immediately usable.

Second, there’s the problem of finding the work later. Remember all those journals? I can’t always remember where I wrote what. Or maybe there is an idea that I wrote but didn’t think I needed in the past, but suddenly it feels useful now. How to find it? Which shelf? Which journal? And of course, I hate filing, so my solution for much of my adult life has been to make things digital or commit to live without them (i.e. into the recycling bin). Even when I try to set up a paper-based system, I soon get tempted to try something new.

I did figure out that I could write something on paper then insert a photo of it into some of my digital systems, but I worry about how much memory it uses, especially as an ongoing strategy. Plus that only addresses the “where to find it” issue, not the “I still have to transform it to text” problem.

Finally, I have terrible handwriting. Embarrassingly bad. So if I were to create a bujo system of my own, it would not look as cool as the ones I see on the web. It would be a mess. Which also explains why my attempts to use an iPad app with handwriting recognition (that translates handwriting to text) have not exactly provided the best of both worlds.

So, I am mostly digital. Sometimes I indulge, randomly, in writing in one of my paper-based journals, though (and this is sad) I am frustrated if I like what I write because then I have to decide if it needs to be moved to a digital format. Where paper-based is most helpful if I am having some kind of writer’s block or feeling distracted. Writing on paper helps me make progress when I am stuck.

So there it is. Clear as mud. No single answer to this dilemma. No perfect system.

So if someone asks, which do you prefer, paper or digital, my answer is “Yes.”