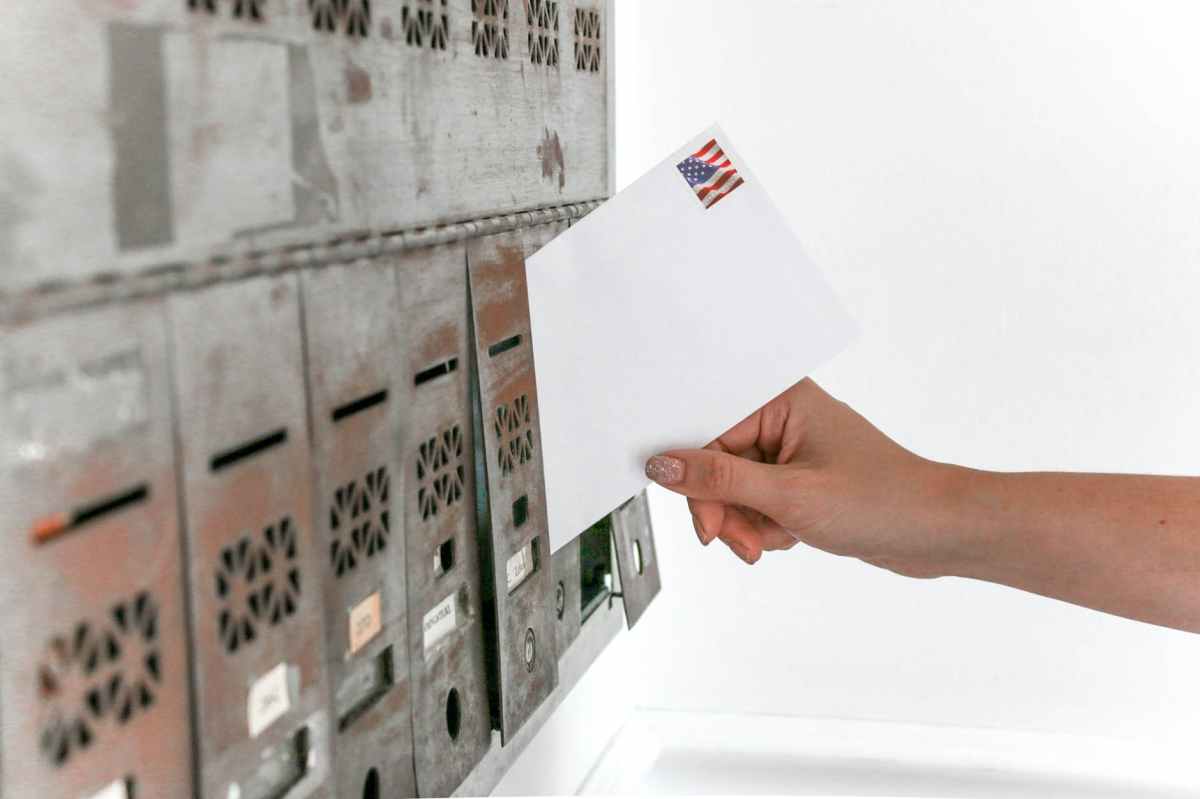 I have wondered how to take stock of one month (or so) of the pandemic and ongoing extreme social distancing measures. There are the good parts—my family and I have fallen into something of a routine, finding ways to get things done, work, chores, hobbies, and various diversions. We’ve found ways to connect with friends and family online and (at a distance) in the neighborhood.

The hard parts, of course, are watching what seems like so much incompetence and avarice by the U.S. executive branch and its enablers in the Senate, versus the valiant efforts by people at all other levels, regardless of political affiliation, to rise to this challenge. As someone who cares deeply about protecting and exercising the right to vote, I am still reeling from what took place in Wisconsin. Truth to tell, the hardest part of this pandemic hasn’t been social distancing, nor even worrying about how everyone will recover from shutting everything down (as frightening as that can be), but the pain of reading so many reports on all that is going wrong, of the pain and suffering caused by the illness and by the economic hardships, and simultaneously the horror of knowing that there are people whose only reaction is to figure out how to grab power and money in the midst of it. There are no monsters in fiction that come close to the cruelty and depravity on display in our country right now (and alas, similar patterns are emerging in countries led by autocrats around the world). I am a bit ashamed to admit that this still surprises me. I like to see the good in people, and I believe in the radical embrace of hope in the face of daunting odds. Yet what I am forced to witness these days beggars my attempts to describe it, let alone absorb it.

I have heard that emailing our representatives in Congress is as effective these days as calling, and as a writer, email has always seemed easier to me than calling. If you care about the vote as I do, and you happen to be a citizen of the U.S., please consider emailing your representatives (or filling out their website forms) urging them to

-Pass a fourth Coronavirus relief package that includes at least $2 billion in “safe election money” and protects the U.S. post office
-Require states to invest in expanded vote by mail and early voting
-Ensure that in-person polling locations have the resources they need to operate safely and efficiently

I already voted during early voting because nothing scares me more than missing the chance to vote. One time I drove past my voting precinct and saw what at first glance looked like campaign signs and volunteers, and I literally clutched at my chest, wondering if I had forgotten to vote. (Long story short it was not a vote but some kind of fundraiser. Phew).

I don’t care if it is a vote for second assistant insurance fire commissioner, someone I don’t know wanting to do a job I don’t understand—I plan to cast a ballot no matter what.

There are no perfect candidates, but there are usually those who are willing to work hard to make sense of sometimes mindlessly boring policy issues, and sometimes a few no-win situations. I will have to accept that none of them see the world exactly as I do, and we won’t agree on everything— but it usually is easy enough to identify which candidate will do the most good for the community. Yet even the best of them will make mistakes, or run up against systemic challenges that will take generations and a few miracles to overcome. I know that the least I can do is show up to vote. And, of course, vote out anyone who violates the public trust.

No one can promise me any candidate will be perfect, nor any problem easy to solve. To me, though, there is one thing that is perfect, and that is my vote. The vote matters so much that American history is riddled with bloody battles to gain the vote in the first place, and then to expand it (too slowly) to include more and more people. 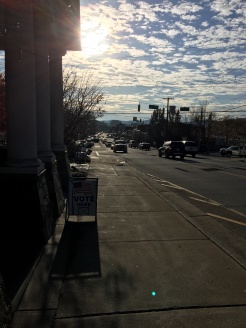 Even though the constitution says most of us can vote, there will always be people both foreign and domestic who attempt to interfere with our access to vote, not to mention any chance to be well-informed as voters. And fighting for the vote means engaging in an imperfect and endless battle, but it is one I believe in because I believe in the vote, both as a symbol of faith in what humans can do together and as a practical matter that says in this one small way, I can make the world a tiny bit better.

Which is just to say, did you vote yet? You should.

So I woke to the news this morning that a miracle did not occur in Mississippi last night. I am sending out (silent) condolences to those on the losing side, as I did for Florida, Georgia, and Texas.

As a Southerner, I feel the need to say to those who lost: I see you. I know you are there. I have been there too often in my own state, disappointed by the result of a vote, and, frankly, by some of the individuals that stand before the nation to represent us.

Our voices may not be breaking through, yet. But we are still here. The story of the South is still being told.

So today, tomorrow, and each day after that, let’s write a new one.

I am trying to gather my courage to call my Senators tomorrow to urge them to demonstrate their commitment to voting rights, which, alas, they won’t (which is why it takes courage because it feels futile, but necessary). I thought it might help for me to write about why democracy matters, and, this will surprise you, it turns out to be a difficult topic to address without disintegrating into pablum. At least, it’s not a quick write. One would think that decrying tyranny and embracing democracy would be easy enough, but no, it will take more work on my part. Especially because I stumble into the challenge that it’s hard to focus on the desire for democracy in our political spheres without recognizing the lack of democracy in our social spheres. And if tackling the topic of why everyone deserves a fair say in our politics is tough, imagine how tough it is to address the layers of injustice in how we treat one another in our daily lives. Or even to let myself recognize them.

I will keep trying. For now, here is what I believe, or what I want to believe: everyone matters, and everyone deserves the right to vote.

Unpacking it, fully articulating it, that’s another thing altogether. 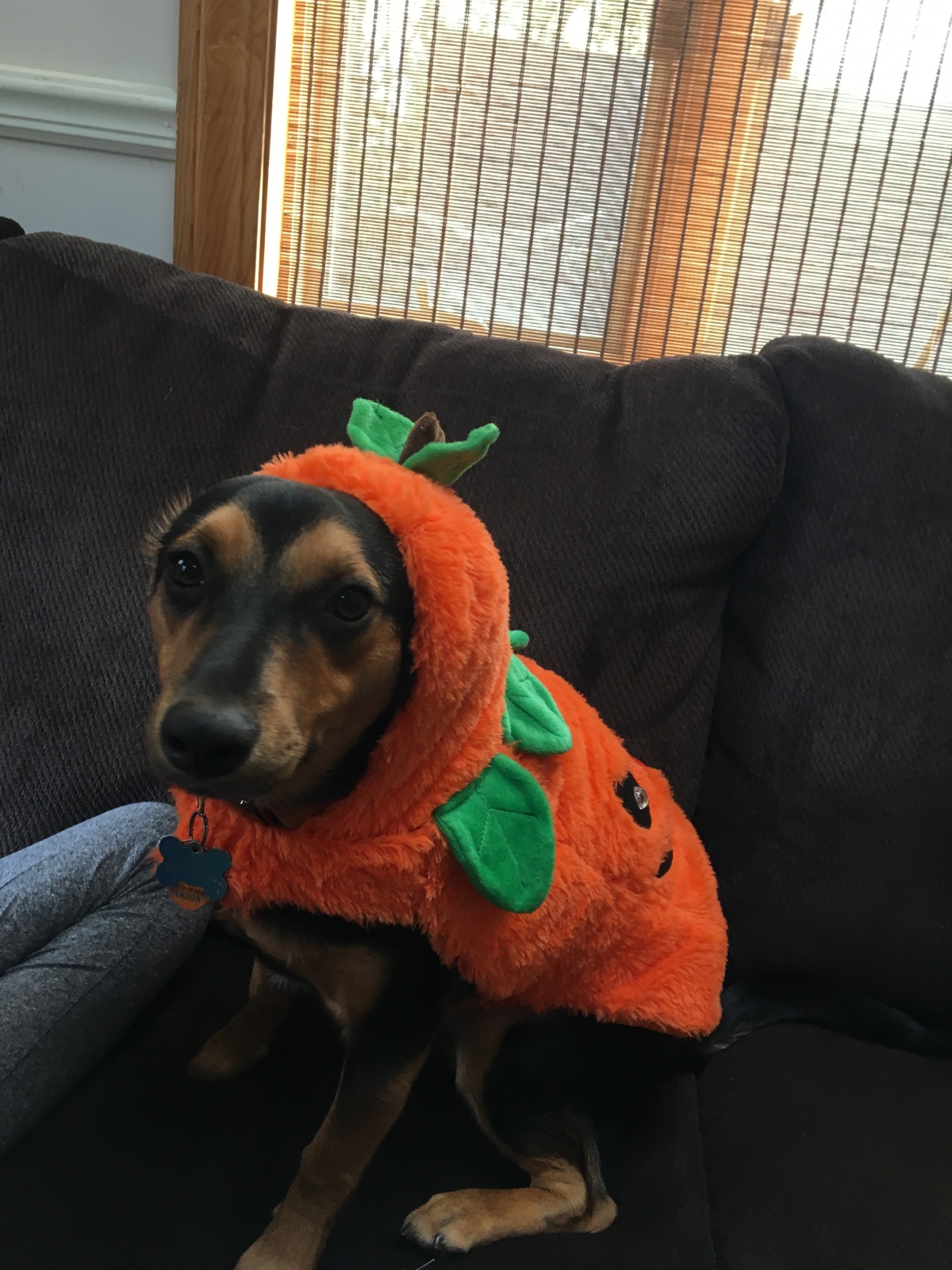 I fear my country is being harmed by a penchant for dualism—yes, I know you hear that all the time, but I won’t rant about it today. Instead, this is an invitation to tackle the challenges we face as a skeptic but not a cynic.

Take voting, for example. Is it reasonable to be skeptical that some of the candidates who are stepping into the ring who seem so inspiring, and there are many this year, may not be as wonderful as we hope or need or want? Or that somehow they will let us down or themselves down? Or even that they might be perfect, and some of them come pretty close, yet they will be up against almost impossible odds in trying to help the people they represent? Sure, be skeptical. Hope for the best, make the best choice possible based on the information available, but leave room for skepticism that positive change is rarely quick or easy. And that humans are, well, human.

But don’t give into cynicism. Cynicism says not only might things go wrong, but they will go wrong. Cynicism argues that we should never bother, we should never try, that nothing we think matters actually matters. That everything we build will be washed away in the tide.

Cynicism leaves us vulnerable in dangerous ways. Cynicism is a fancy way to say, “I give up, and you should, too.” Here’s the sneaky part: Cynicism sounds smart. Cynics get to claim they were right when things go wrong, while ignoring the responsibility we all have to one another to at least try. The truth is, to be cynical is to be lazy. It is much easier to give up than to do something, so I guess it’s lucky for the cynics that they sound smart, because… how do I say this? it’s not smart. Cynicism means giving up any bit of power or choice or opportunity you may have (and I always concede that these things are not fairly distributed), but if I’m dealt some bad cards, I’d rather play them than throw down the hand and storm out of the room. Play the game. Build something that matters to you. Yes, we can be skeptical about how long it will last. In the case of writers, we probably should keep our day jobs. But build it anyway. And if it falls down, start again. Live this life now.

Be skeptical, but not cynical.

And if you haven’t voted yet, what the heck? Go vote.